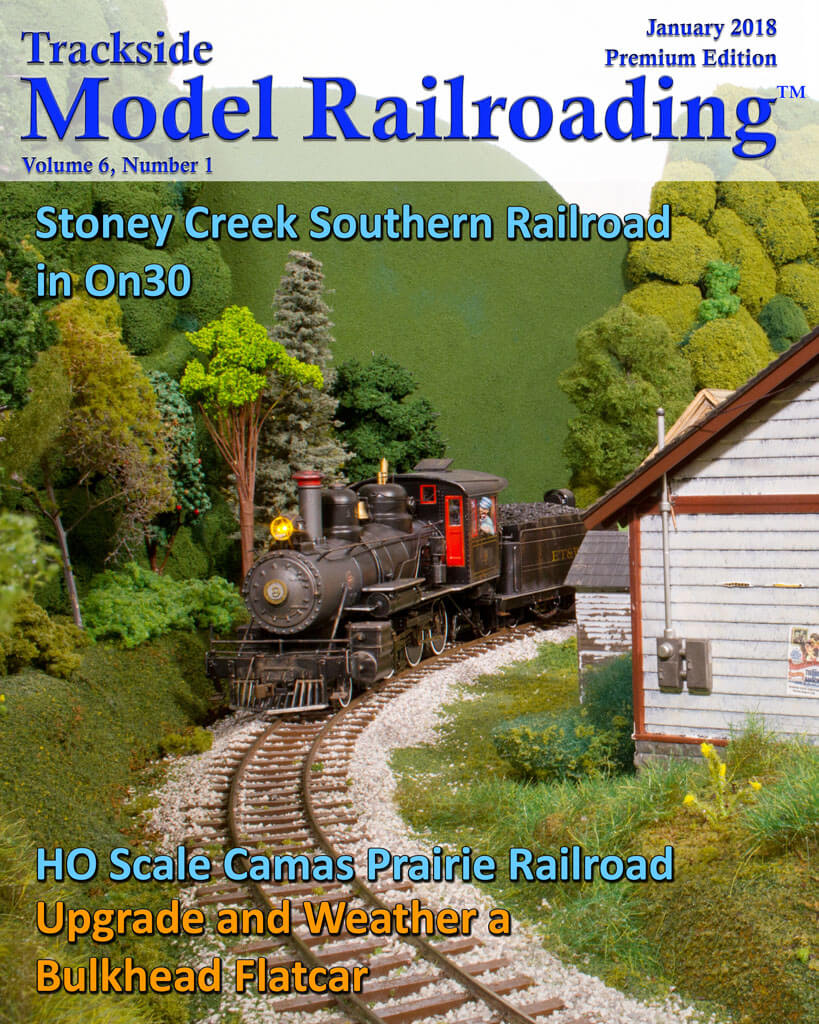 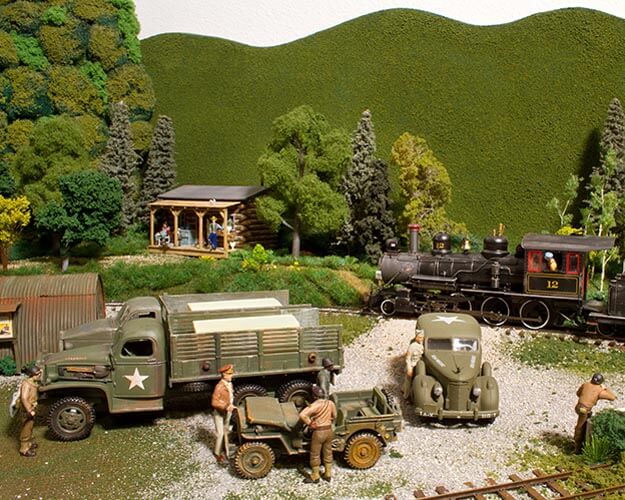 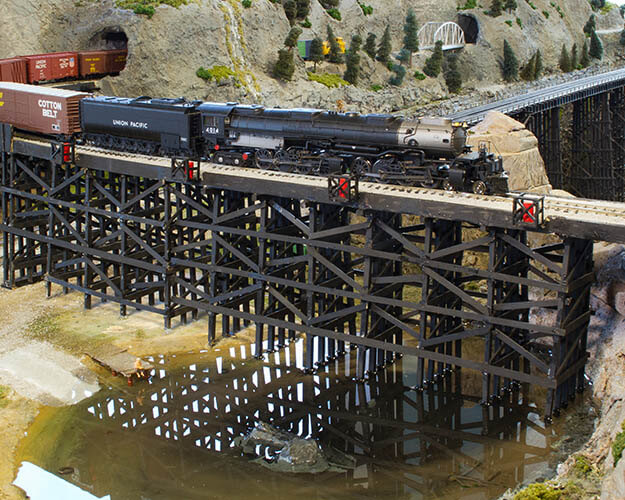 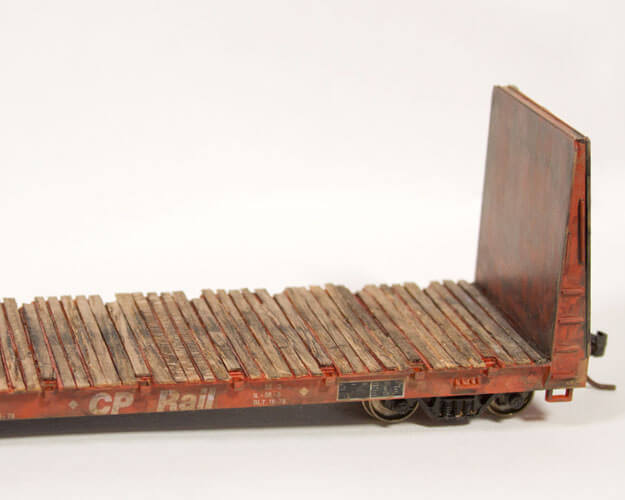 Upgrade and Weather a Bulkhead Flatcar

Layouts in the January 2018 Issue

Stoney Creek Southern Railroad in On30
Visit WWII-era northeastern Tennessee on Lee Bishop’s Stoney Creek Southern Railroad. The freelanced layout is based on a mythical version of history and has ties to the area’s history. It runs East Tennessee & Western North Carolina Railroad power, hauling commuters from Elizabethton to Buladeen and supplying various goods to the towns of Winner, Hunter, and Sadie. Lee is a history buff and enjoys mixing his love of history with his love of modeling, adding many historically appropriate details on the small narrow gauge layout. Lee runs 4-6-0 Baldwins on the layout, which is based in 1943. We share photographs and video of the layout along with an article detailing his pike. The Premium Edition of the magazine also includes 360 degree photos and video of the Stoney Creek Southern.

Camas Prairie Railroad in HO
The Camas Prairie Railroad operated in northern Idaho and was jointly owned by the Union Pacific and Northern Pacific Railroads. We feature a freelanced version of it this month built in HO scale by the Lewis-Clark Model Railroad Club of Lewiston, Idaho. The club is loosely based from the 1950s to the 1970s and runs a variety of steam and diesel power. Diesel fans will get to see a few newer locomotives that we ran during our visit, as the club is not strict about the era. The layout’s hub is in Lewiston, Idaho, and the line runs east through Cottonwood and up into the Craig Mountains. This feature also includes photos, video, and an article and the Premium Edition includes 360 degrees images and video. 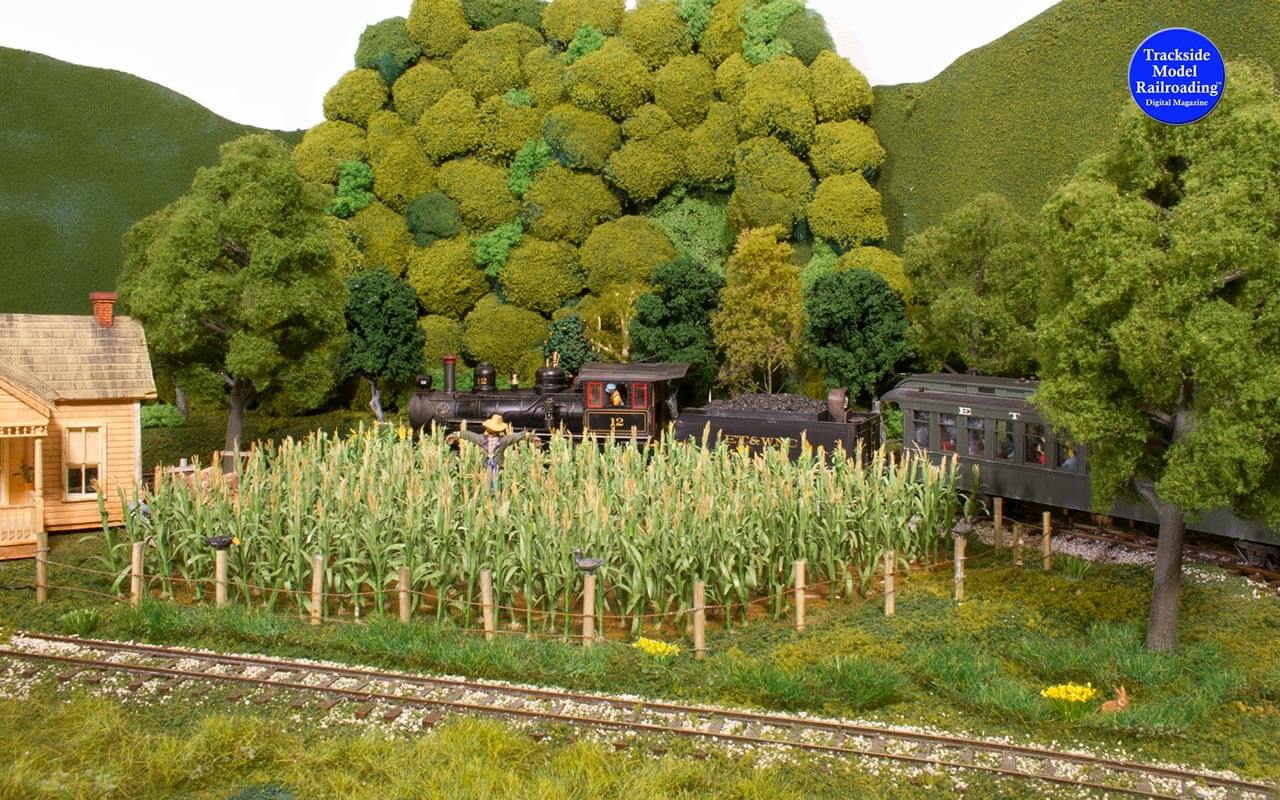 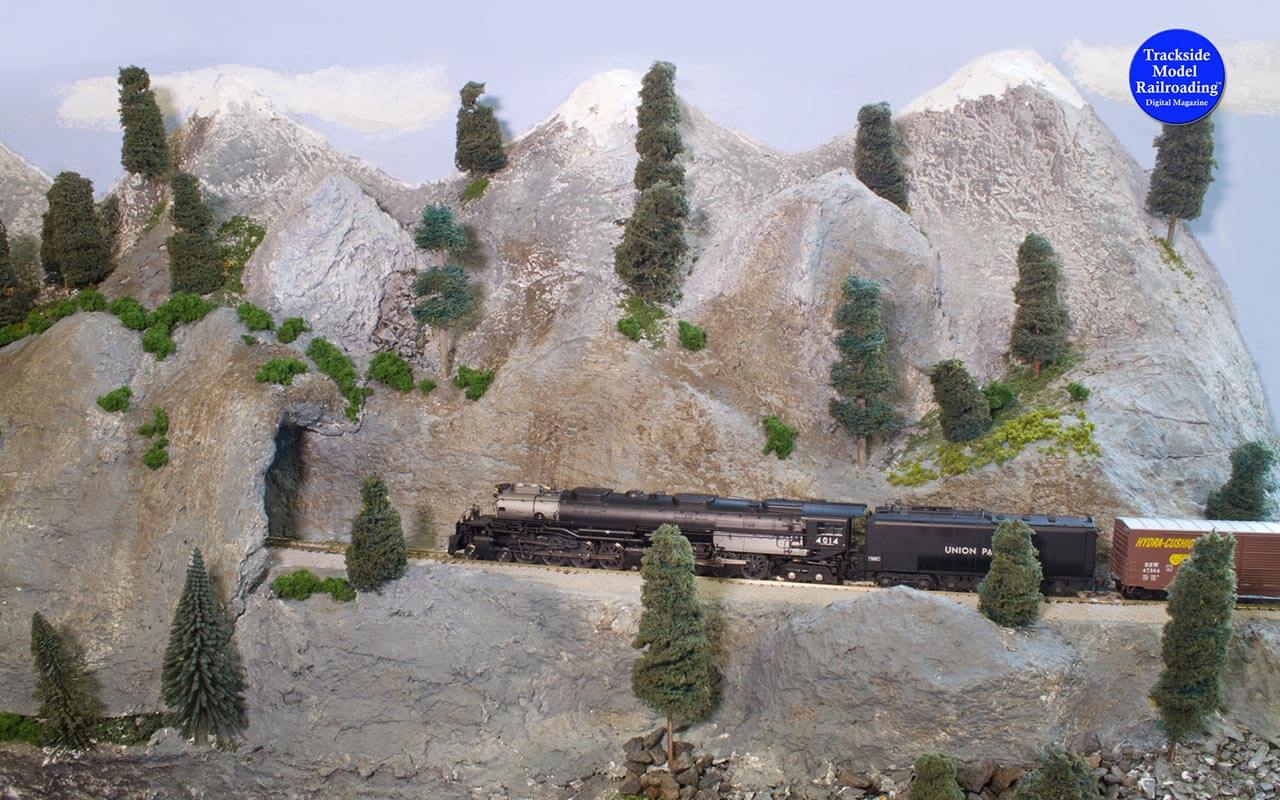 Order the Blu-ray and DVD featuring these layouts in more depth.
The full movie features narrated video of both layouts. You'll see video of the trains in operation with the narrated stories. Both features include cab rides around the layouts. Run time: 98 Minutes. 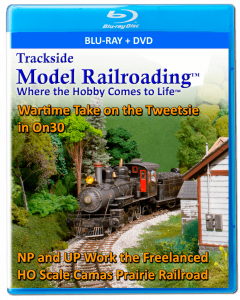 Upgrade and Weather a Bulkhead Flatcar 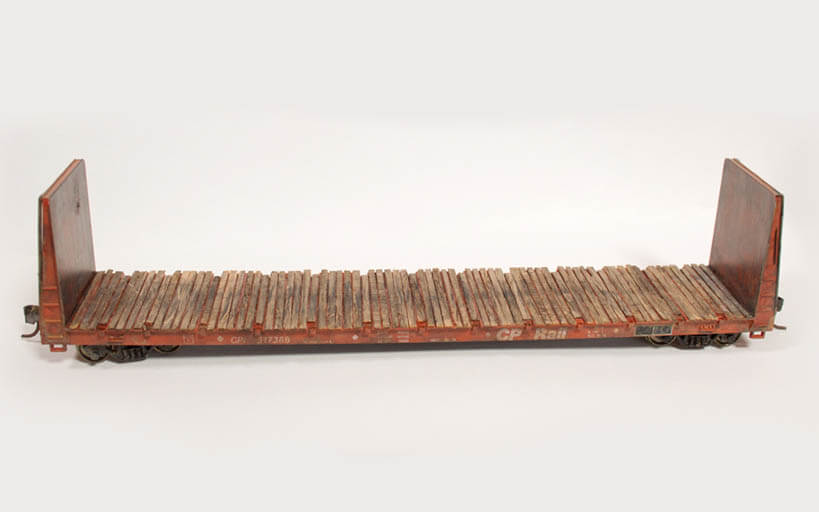