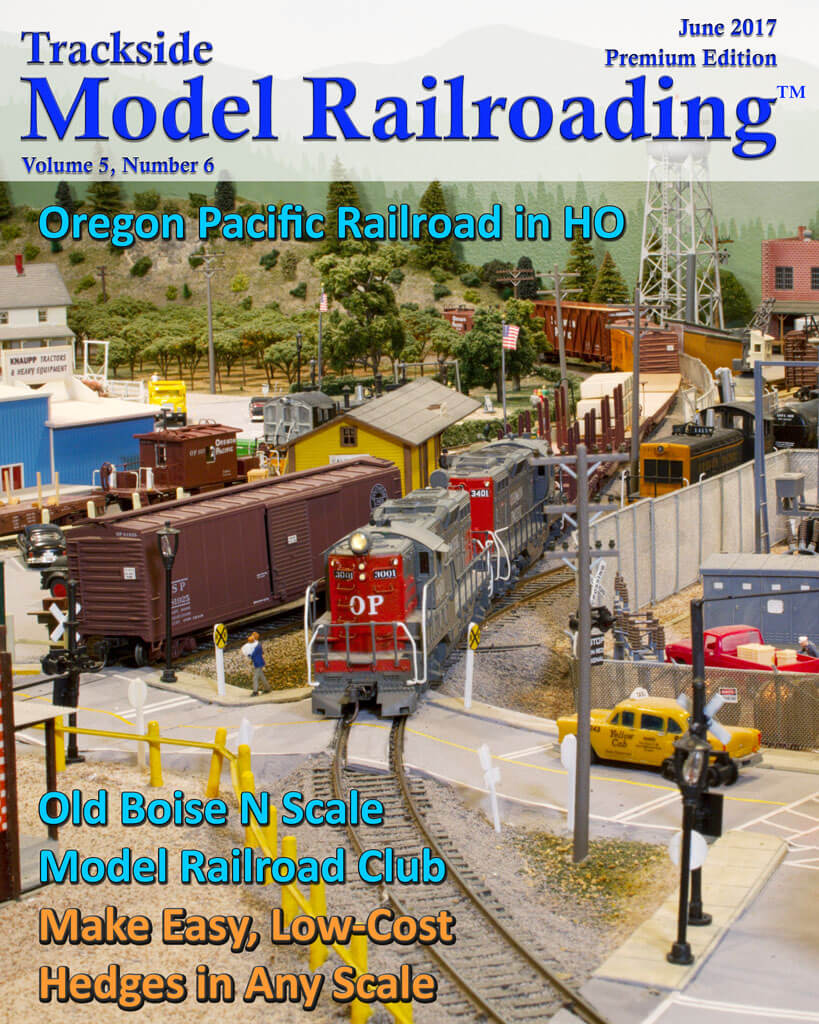 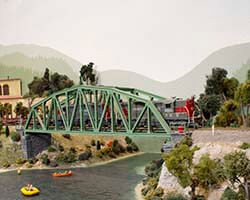 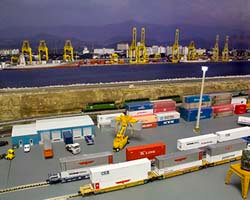 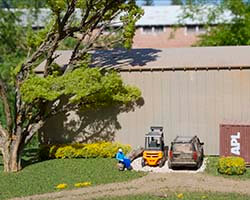 Layouts in the June 2017 Issue

Oregon Pacific Railroad
David Willis' HO scale layout features the Oregon Pacific Railroad, which was purchased by the Southern Pacific. In his version of history, the railroad maintained its own identity as a wholly-owned subsidiary of the SP and operates using the SP paint schemes. His layout is a true point-to-point primarily built for operations. The layout features four freelanced towns representative of western Oregon in 1965. The OPRR includes quite a few industries and is beautifully scenicked with many details. This feature includes an article, photographs, and video and a layout map.

Old Boise N Scale Model Railroad Club
This model railroad club models a freelanced version of the Pacific Northwest. The large layout is always changing and club members run a variety of different railroads. You can visit this layout in person if you are in the Boise area. Our feature includes video, an article, and photographs. A map of the layout is also included in the premium version of the magazine.

Make Easy, Low-Cost Hedges in Any Scale
We show you how to build hedges and bushes. This project can be done in any scale and is both easy and affordable. Build your own hedges in a variety of colors to add detail to your layout. 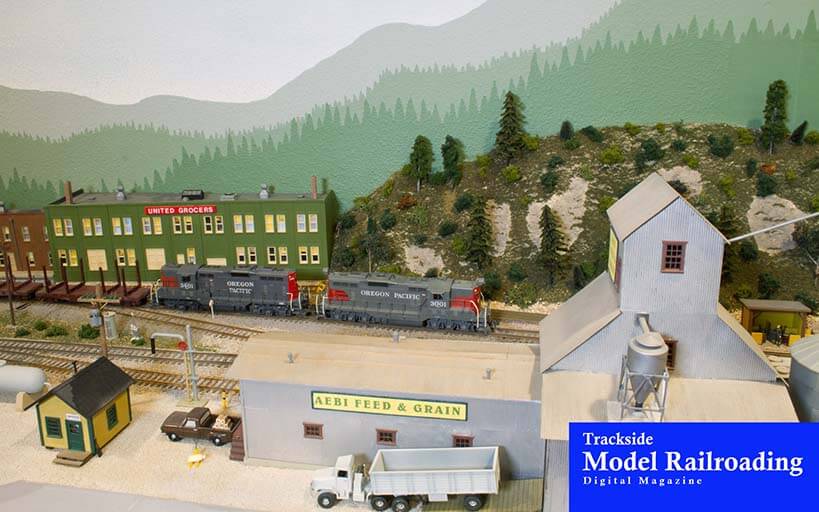 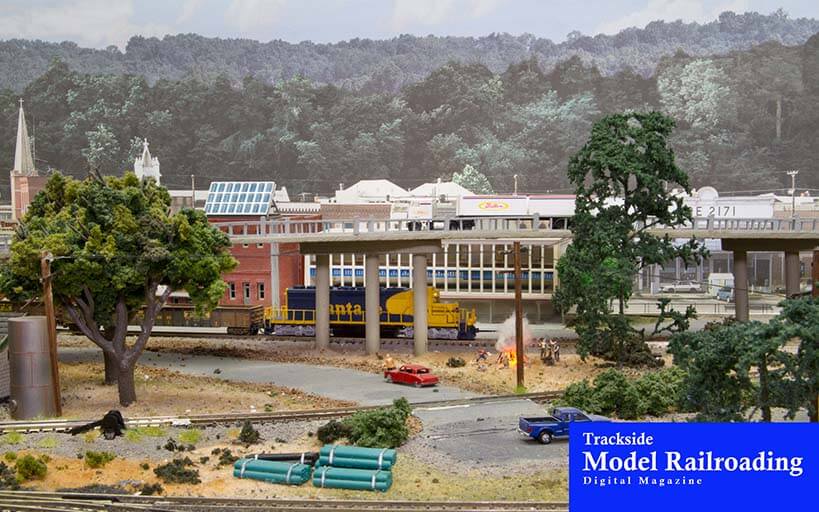