June 2019 Canadian Railroading in the Rocky Mountains and the UP, BN, and MILW Work Washington State, Both in HO 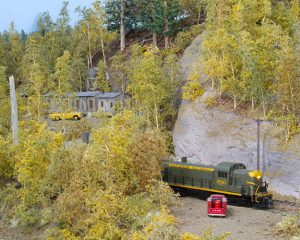 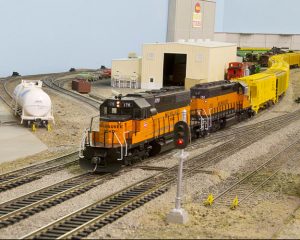 Tour Phil Miller’s beautifully scenicked layout based in the Canadian Rockies. The company is comprised of three railroads: the standard gauge British Columbia Railway and Northern Alberta Railways and the narrow gauge Kaslo and Sandon (which is based on the Kaslo and Slocan). The standard gauge portions of the layout are based in the 1970s. The BC Rail line travels through the woods and meets the NAR in Dawson Creek. A logging area on the standard gauge section is served by the Canadian National via steep switchbacks. The narrow gauge line is based in the 50s and mostly K-27 class steam locomotives climb the steep grades of the Rockies to serve the mines. Our feature includes a cab ride around the layout from the perspective of a caboose.

In the Yakima Valley, three railroads work to serve the area: the Burlington Northern, Union Pacific, and Milwaukee Road. The layout is based from the 1970s-90s and the feature includes both mainline running and switching. The club’s large layout includes lots of detail and a variety of industry, much of it reflecting the agriculture in the area. You will appreciate the layout’s detailed scenes and our photos and video explore the layout thoroughly. We include a cab ride around the layout.

We share a fun project building an in-ground reinforced cutout for loading flatbed trucks at a farm or rural business. The example is in HO but can be completed in any scale. 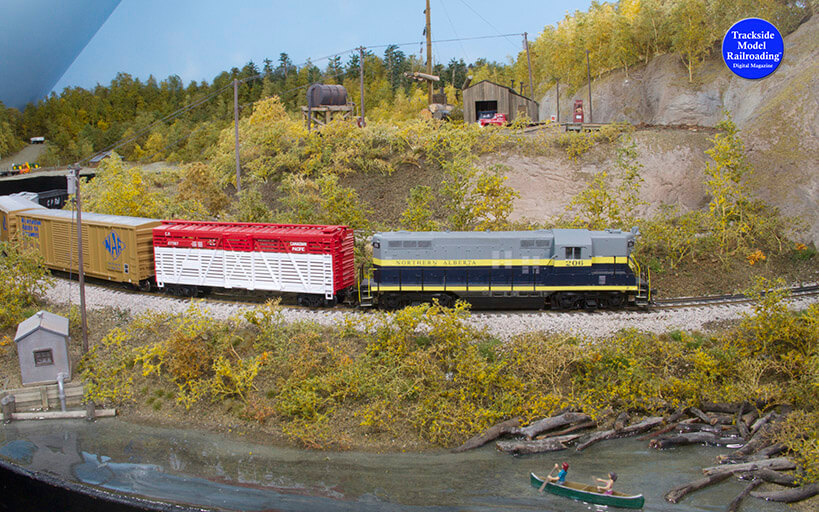 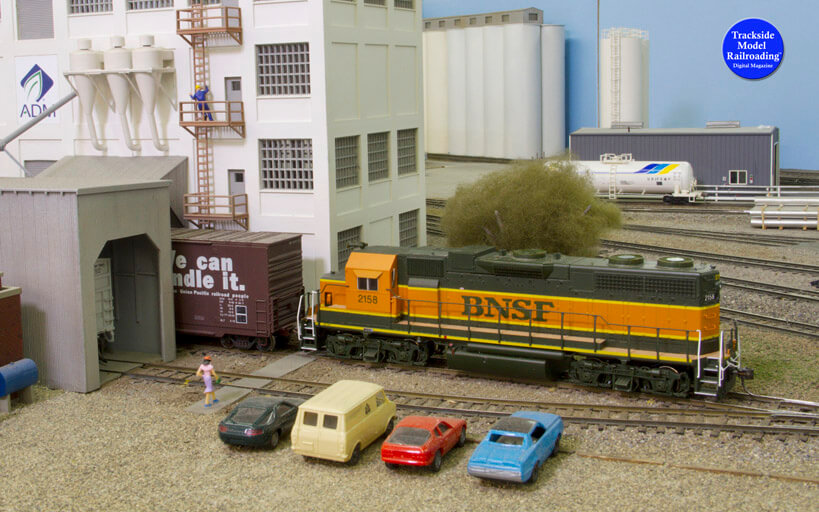 Be the first to review “June 2019 Canadian Railroading in the Rocky Mountains and the UP, BN, and MILW Work Washington State, Both in HO” Cancel reply