Skip to content
072018dvdJenny Waters2018-12-10T17:54:22-08:00
Disc One for DVD Player:
Video with Photos, Railfan Video, & Narration
This includes both layouts and the how-to project with new content that is not included in the digital magazine. 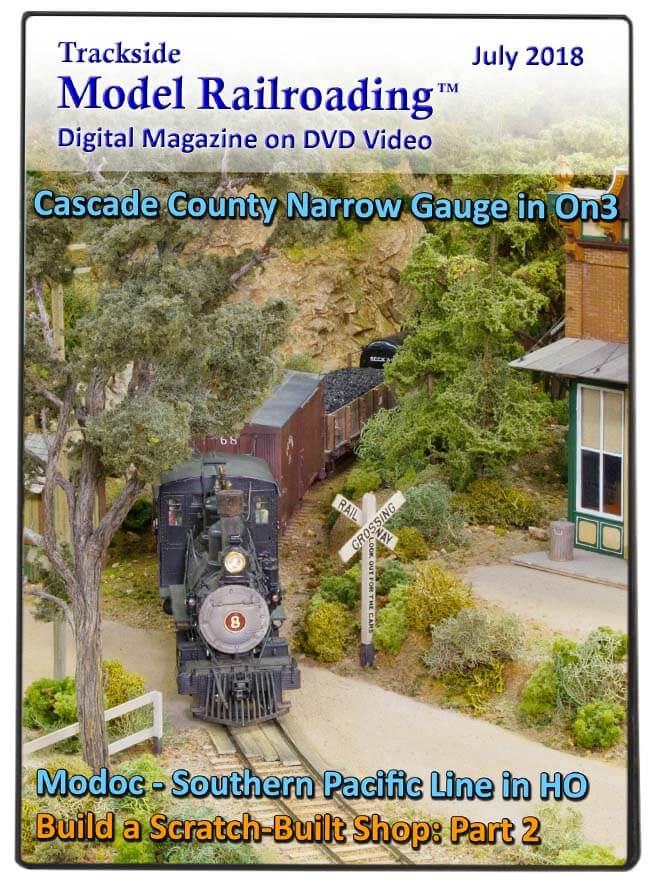 Layouts in the July 2018 Issue

Cascade County Narrow Gauge in On3
Visit Dave Clune's proto-freelanced layout based on the Nevada County Narrow Gauge but set in Oregon from 1925-1932. His Cascade County Narrow Gauge is in On3 and is beautifully scenicked. Dave focuses on mining on his pike, which features detailed, scratch-built structures and interesting operations. His steam locomotives are modeled after many of the NCNG's locomotives and the mines and stamp mill are based on prototypical structures from the time period. We think you will enjoy seeing the operations of this impressive layout.

Modoc-Southern Pacific in HO
Southern Pacific fans should enjoy Chuck Clark's freelanced Modoc-Southern Pacific Line in HO scale. The layout connects Klamath Falls, Oregon with Winnemucca, Nevada, travelling through much of California. Chuck runs long trains, hauling all sorts of freight and serving various industries on his double-deck layout. The Modoc has an extensive main line and four branch lines, so there are lots of options for switching during operations. The impressive scenery on the Modoc features mountains, forests, and desert along the route as the trains travel the east-west route.

Build a Scratch-Built Shop: Part 2
In this two-part project, we will construct an industrial shop from scratch. The measurements are given in scale feet, so though we build our shop in HO scale it could easily be constructed in another scale. We provide a printable pdf of the roof image and some signs you can use on your shop if you wish. (The printable pdf is in HO scale.)